I keep wanting to write here more often, and sometimes I even start drafting posts in my head during classes, but I never have time to actually sit down and write them, but for this one post I’m making time: this past Monday evening needs to be shared and remembered, so here we go 🙂

Starting January 1st this year, I’ve been participating in a project called 365grateful which is basically finding one thing everyday that I’m grateful for, taking a picture of it and posting it on Instagram/ FB. I love what this project has done for me over the months but there’s so much to say about it that I’ll be writing a separate post about it later. (Watch out for it in the near future)

A couple weeks ago on a Sunday I posted a picture of some ‘dorm made’ sushi that me and one of my friends spend some time making for dinner. Later that night a picture of the sushi made it on FB as the thing I was grateful for that day. 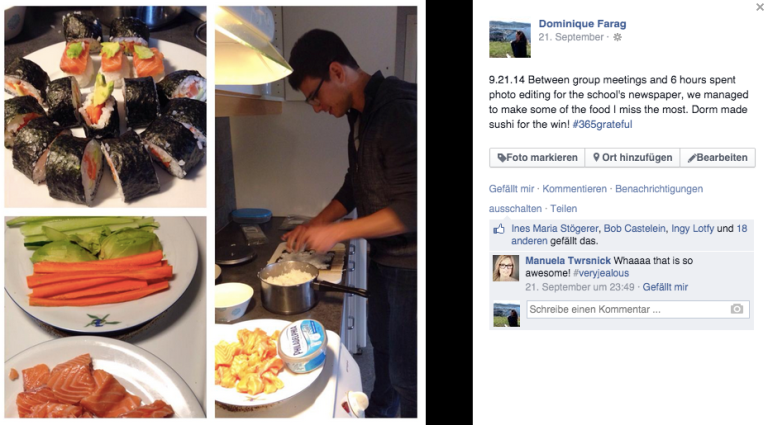 Soon enough a few friends reached out to me asking if I could make them some sushi, and all of a sudden I found myself creating a FB event titled: #365grateful Sushi Party for the following Monday: 15 people were invited, 12 made it out, and let me tell you we had a blast.

Earlier in the day I did some shopping for all the necessary ingredients, and one of my awesome friends helped me with carrying everything back. I made sure to cook the rice before everyone arrived and put it in the freezer to cool down.

At around 6 my friends started showing up and soon enough we had a mini routine going: People were cutting veggies, fish, rolling sushi, chatting, singing, laughing and all around it was just a good time.

2 hours later there was so much sushi prepped, and it was time for us to devour it. 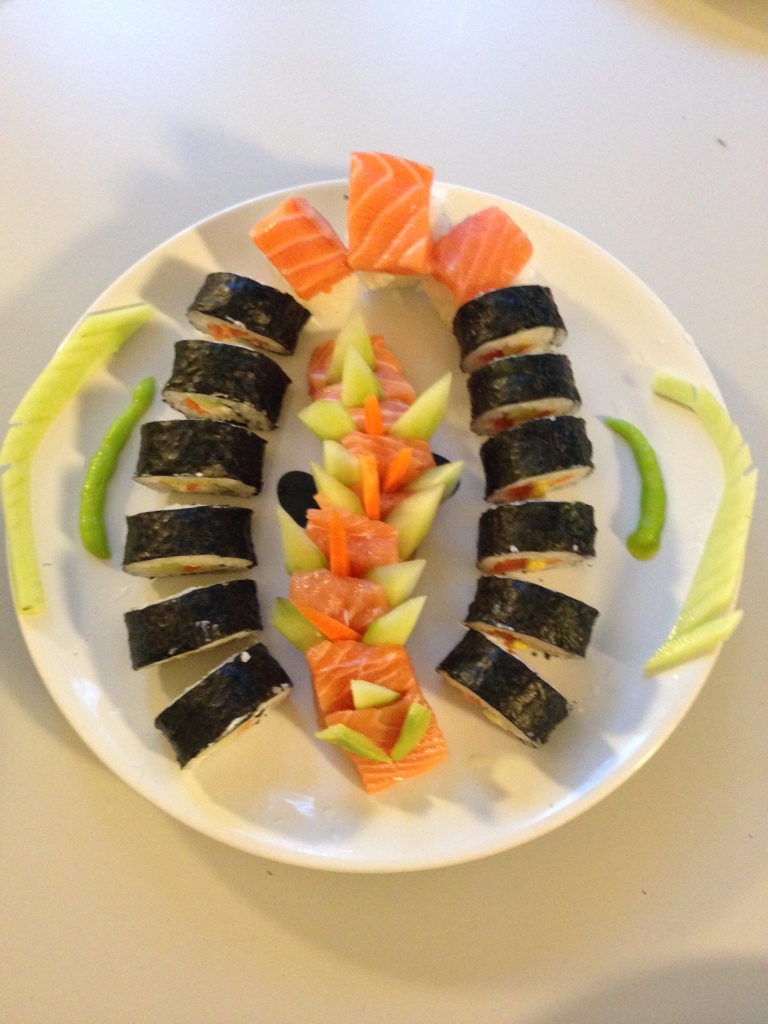 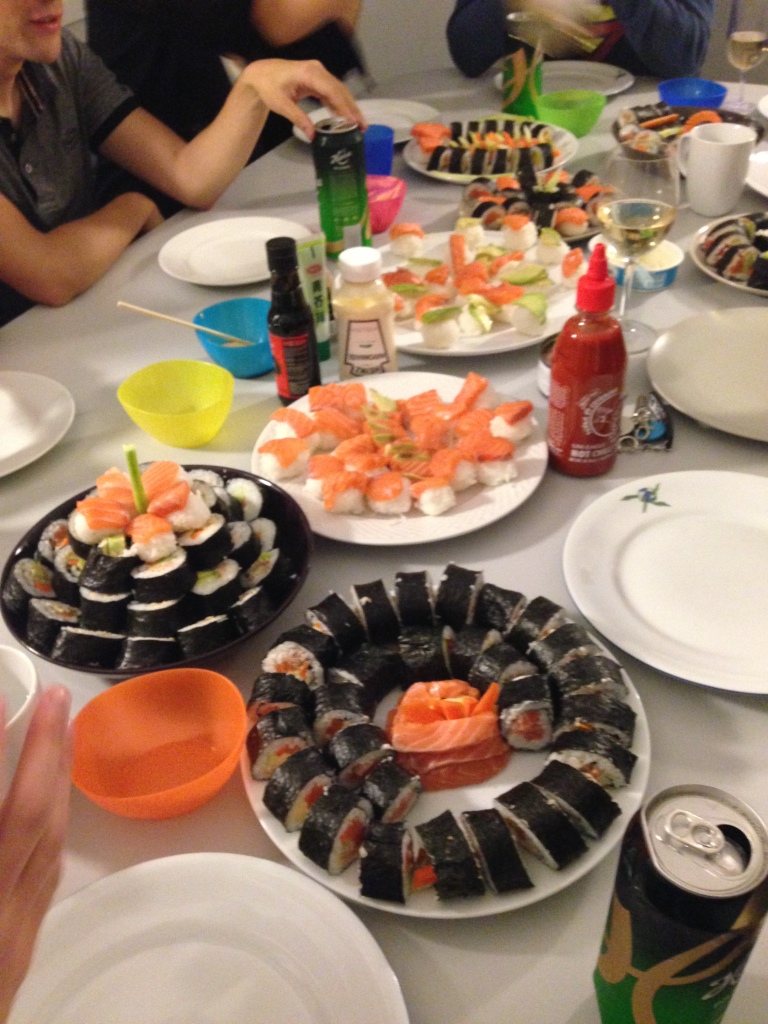 Didn’t take too long before most of the sushi was gone and everyone was too full to do anything else. But I think we all agreed on one thing: “This was by far one of the most delicious dorm meals we’ve had in Bergen!”

My #365grateful picture that day: 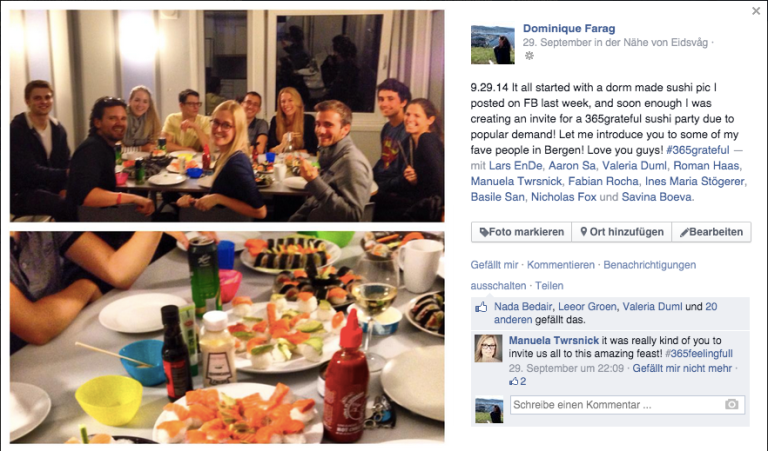 An evening this awesome wouldn’t have been possible if it weren’t for these fantastic people. Thankful for everyone who made it out that night!